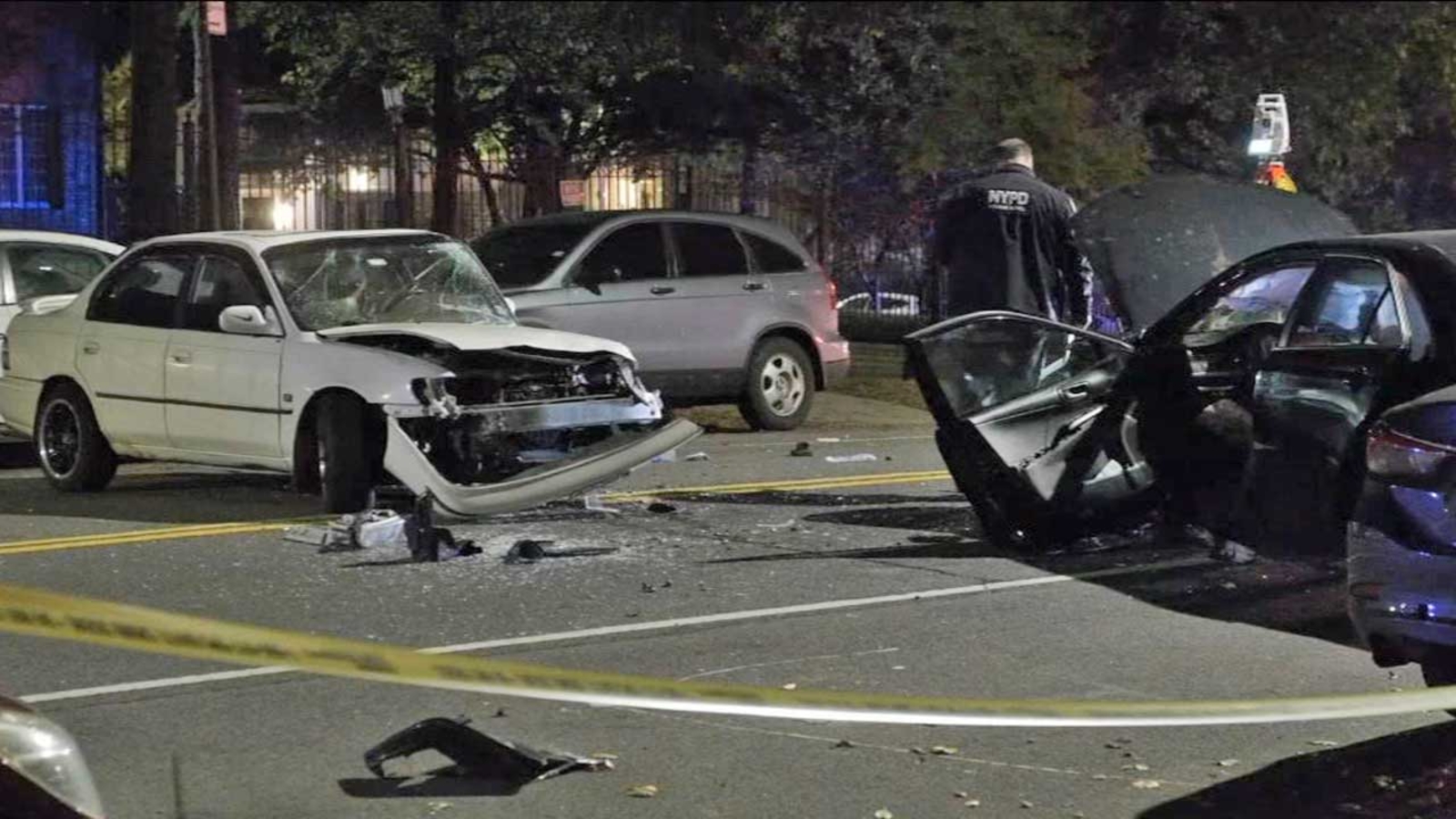 The 22-year-old woman was killed when the Toyota Corolla she was riding in veered into oncoming traffic at Park Lane South and Mayfair Road in Kew Gardens just after 11 p.m.

The woman, who was in the backseat with her child, was not wearing a seatbelt and sustained severe head and body trauma.

Her son was not injured but was taken to the hospital to be checked out.

The 21-year-old driver, the boy’s father, was traveling northbound on Park Lane South when he veered into the opposite lane, striking a Toyota Camry head-on.

He is in custody for suspicion of drunk driving.

The 44-year-old Camry driver was treated for minor injuries at Jamaica Medical Center.