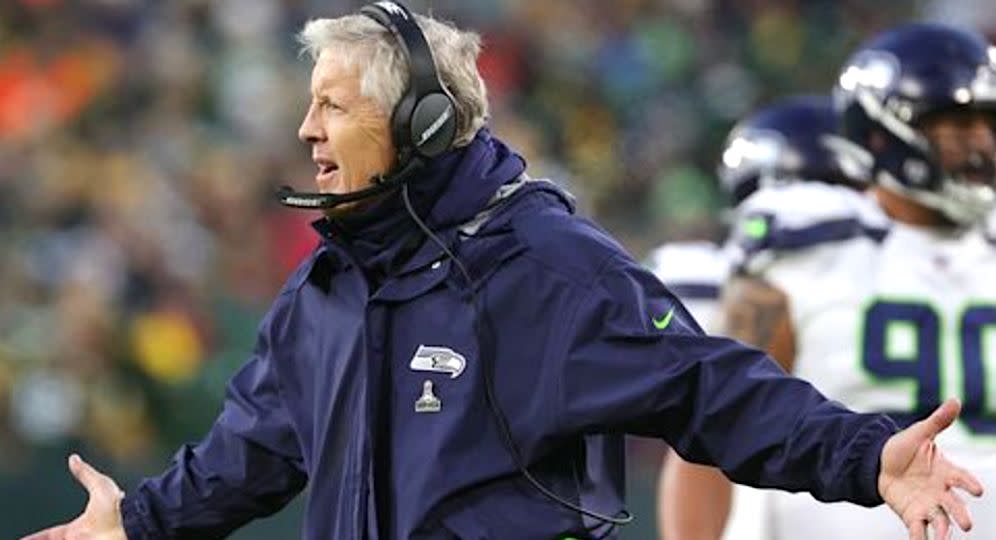 Seattle Seahawks Coach Pete Carroll did something that many of us do all the time and went viral for it: He couldn’t find what he was reaching for in his pocket and pulled out whatever he had.

But in this case, Carroll was on national television attempting to challenge a referee’s call during a game at Green Bay. Apparently unable to find the red challenge flag on his person, Carroll rummaged through his left jacket pocket and pulled out what looked like an electric hand warmer and dropped it to the turf.

The referee honored the super-unofficial object and granted the Seahawks a review.

Like most of what the Seahawks tried on Sunday, the team’s appeal of the fumble ruling didn’t work. The Seahawks lost, 17-0. But fans, many of whom thought the 70-year-old coach tossed an old-school flip phone, were entertained by Carroll’s improvisation.

This article originally appeared on HuffPost and has been updated.