Seahawks’ real-life hawk mascot, Taima, flies into the stands and lands on a football fan 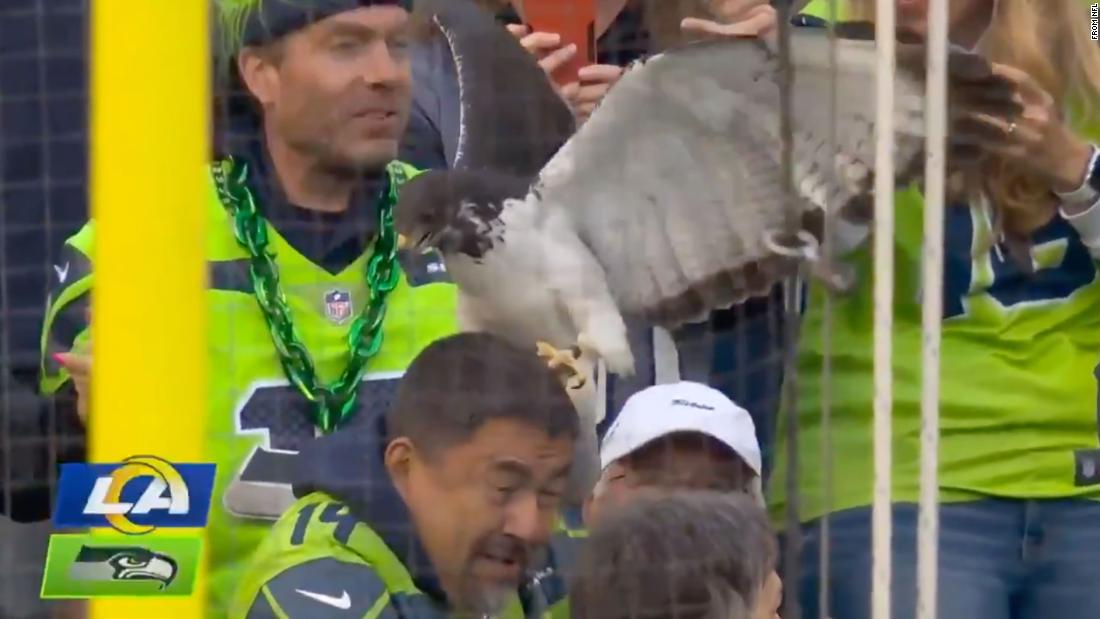 The 16-year-old Augur hawk mascot made a particularly dramatic entrance at Thursday night’s game against the Los Angeles Rams — flying into the stands and landing on a fan’s back of the neck.

Video shows the bird flapping wings as it appeared to be catching its balance on the hood of the sweatshirt the fan was wearing under his highlighter-green jersey.

Taima’s foot slid across the fan’s head several times before it was able to get a steady perch on the fan’s neck and head.

The bird has a 4.5-foot wingspan, according to the Seahawks website, and talons on each foot.

“Get that guy season tickets,” announcer Joe Buck said during the broadcast.

“Give him a helmet,” Troy Aikman replied.

There have been some high-profile incidents on the field involving live animal mascots.

Neither the fan nor Taima appeared to be injured in the awkward encounter, but it looked like it was an uncomfortable experience for them both.

Unfortunately for Seahawks fans, the incident was one of the highlights of the game, or a harbinger of what was to come in their 26-17 loss to the Los Angeles Rams.