South Korea’s biggest dairy brand has been forced to apologize over an advert depicting women as cows.

The video by Seoul Milk shows a man secretly filming a group of women in a field, who later turn into cows.

After facing a public backlash, the company removed the promo from YouTube, but it has since gone viral after being re-uploaded by internet users.

Some also compared the man’s behavior to “milk”, the illegal practice of secretly filming people.

“We sincerely apologize to everyone who felt uncomfortable with the milk commercial released on 29th last month,” Seoul Milk’s parent company Seoul Dairy Cooperative said in an apology posted online.

“We are accepting this matter seriously and will conduct an internal review, and take extra care to prevent similar incidents from occurring in the future. We bow our heads in apology,” it added. 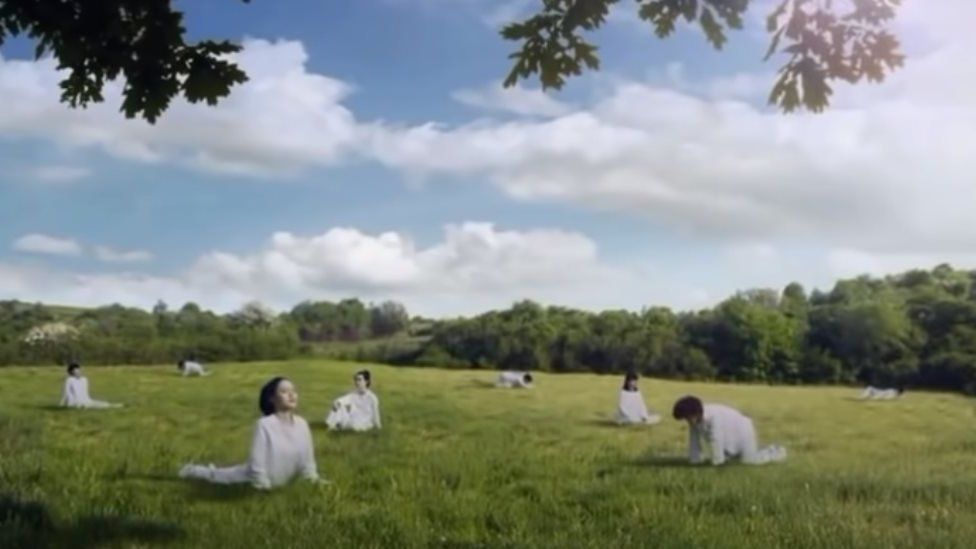 The clip starts with a man with a camera wandering through the countryside.

“We finally managed to capture them on camera in a place of pristine cleanliness,” a male voice-over says.

This is then followed by the man, hidden in bushes, filming a group of women drinking from a stream and doing yoga.

When the man accidentally steps on a twig it startles the women who suddenly turn into cows.

The advert ends with the words “Clean water, organic feed, 100% pure Seoul Milk. Organic milk from an organic ranch in the pleasant nature of Cheongyang.”

The advert has sparked a national debate over sexism and gender sensitivity issues but the criticism was not confined to women being depicted as cows.

Some also voiced concerns about the man surreptitiously filming the group of women, with spycam crimes in South Korea having risen over the past few years.

This isn’t the first time Seoul Milk has made headlines for the wrong reasons.

In 2003, the company staged a performance in which nude models sprayed yogurt at each other.

The head of Seoul Milk’s marketing department and the models that took part in the event were fined for obscenity.