St. Louis woman swindled out of $1.2 million in romance scam 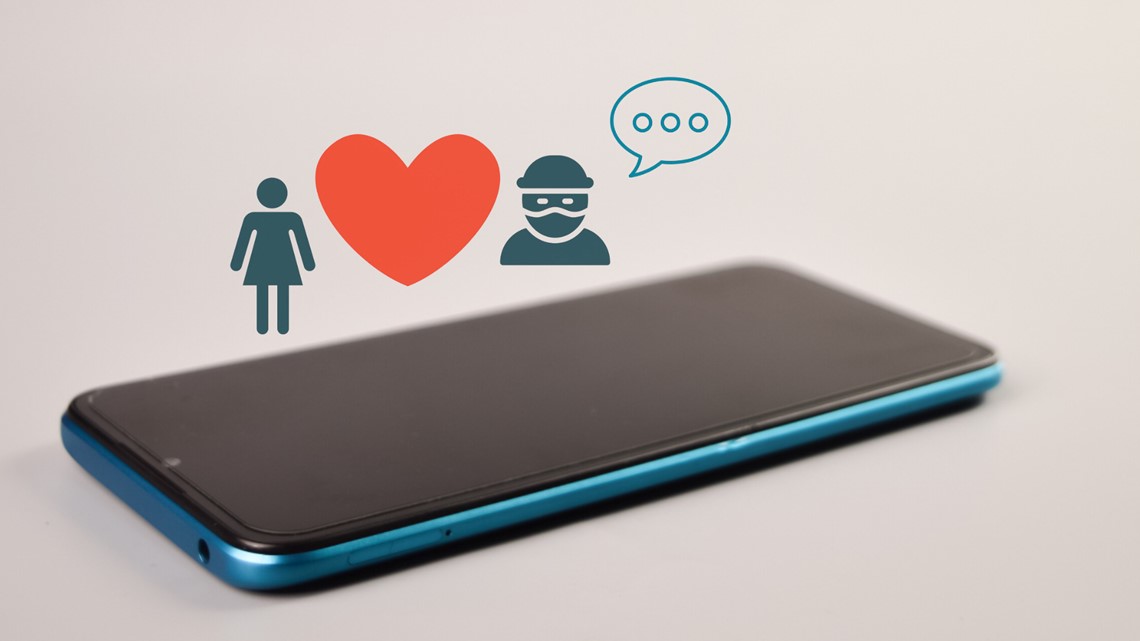 ST. LOUIS — The search for love can cost you more than time and heartache.

Federal investigators saw a huge increase in the number of romance scams reported over the past year. One of the more high-profile and costly crimes happened in St Louis.

Federal prosecutors said a St. Louis woman in her 60’s was swindled out of $1.2 million after falling in love online.

“She went on one of the dating websites and thought she had met someone that she could build a future with,” said Tracy Berry, Assistant US Attorney for the Eastern District of Missouri.

While the identity of that St Louis woman has not been made public, Berry explains how the scammers adapted their con to fool her.

“[The scammers] used a LinkedIn profile. They use local universities. They use local things that gave her a sense of comfort, that she was dealing with someone that she wouldn’t just have an online relationship with, but that she would be able to meet for coffee or dinner or go to a concert with,” said Berry.

And while prosecuting romance scammers doesn’t happen often, more than 32,000 incidents of romance scams were reported to the federal trade commission last year.

The growing scam has also caught the attention of congress.

“I was constantly sending him gift cards, even though now I was using up the last of my husband’s life insurance. My savings were gone,” said Katie Kleinert, a romance scam victim from Pennsylvania.

Kleinert testified at a recent Congressional hearing involving the Senate Special Committee on Aging about how the romance scammer gained her trust.

“[The scammer] had his kids get in touch with me through email and they started calling me mom, which is my Achilles’ heel because I didn’t have children of my own,” said Kleinert. “From then, there was always some kind of an emergency or some urgent need for money.”

The victims hardest hit were between the ages of 60-79.

Berry recommends checking in with any family member involved in an online romance.

“Stop being condescending. Stop saying things that could be interpreted as ‘you think I’m stupid.’ Sometimes it might just be sit down with them and say, ‘hey, well, let’s look at their Facebook profile’. There’s just a way to do it that makes all the difference in the world,” said Berry.

How can you avoid romance scams?

The quickest way to find out if the person you or a loved one is talking to online is legitimate is to do a reverse image search. Start by saving a picture of the person on your computer or smartphone. Then visit Google Images or TinEye. On Google Images, you’ll see a camera icon near the search bar where you click. You can then upload the image in question. Google Image will find out if that image has appeared anywhere else on the internet. Sometimes you will find the image is actually of a model, actor, or member of the military.

More information on reverse image searches can be found here.

According to the FTC, here are some ways you can avoid being scammed:

They’ll often say they’re living or traveling outside of the United States. We’ve heard about scammers who say they are:

We’ve heard about romance scammers asking their targets for money to:

If you’ve already paid someone you think is a scammer, the FTC advises:

Act quickly. If you think you’ve sent money to a scammer or government impersonator, contact the bank, gift card, or credit card company you used to send the money. Tell them that it was a fraudulent transaction. Then ask them to reverse it and give you your money back.

Scammers often ask people to pay using wire transfers. The FTC brought successful cases against both Western Union and MoneyGram, and the companies agreed to return hundreds of millions of dollars to people who were tricked into wiring money to scammers using their services. The settlements also required both companies to make changes to make it harder for scammers to use MoneyGram or Western Union to defraud customers.

Did you send cash? If so, chances are it’s gone. But contact the U.S. Postal Inspection Service at 877-876-2455 and ask them to intercept the package. To learn more about this process, visit USPS Package Intercept: The Basics. If you used another delivery service, contact them as soon as possible.

If you spot a scam, tell your loved ones and people in your community about it so they can avoid it, too. Then tell the Federal Trade Commission at ReportFraud.ftc.gov. Your reports can make a huge difference in knowing what’s happening in your community.