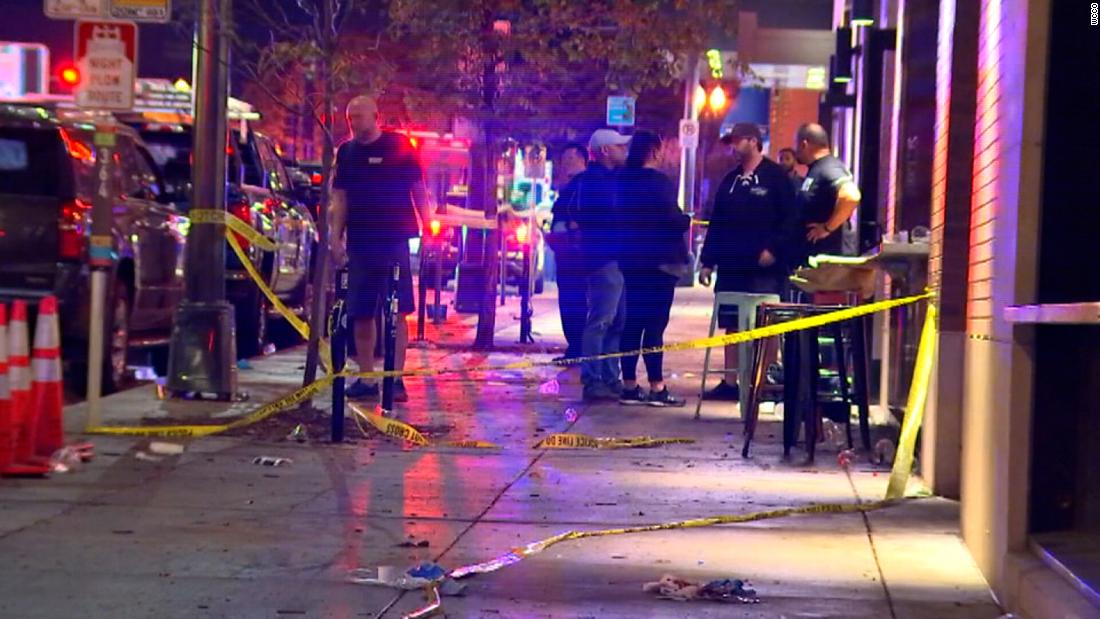 Around 12:15 a.m. Sunday, several people called 911 to report shots fired inside the Seventh Street Truck Park on West 7th Street, and they “frantically begged” for help, according to the city.
Officers walked into a “hellish situation” upon arrival, said Steve Cinders, public information officer for the St. Paul Police Department.

Police discovered victims inside and outside the bar, Cinders said.

Officers “worked with good Samaritans to render aid and make sure it was safe for Saint Paul Fire medics to make their way to the area,” according to the city.

Fourteen people were taken to the hospital, and the woman in her 20 s died at the scene.

The three men arrested are in the hospital being treated for injuries they received during the incident, St. Paul Police said in a tweet announcing the arrests.

Once the men are discharged, they’ll be taken to jail and “await a charging decision.”

St. Paul police did not release any additional information.

“This is nothing short of a tragedy. We had people in the City of St. Paul, out on a Saturday night having a good time. And we had other people who decided to pull guns, with reckless disregard for human life, and pull the trigger over and over and over again. And it ended in tragedy,” Cinders said.

The city has authorised $1 million for police overtime to deal with a recent rise in crime, and more officers will be hitting the streets, Carter said.

“We’ve got one of our largest police academies in department history on deck right now,” he added.

“Everybody hit the ground”

Peter Parker, who works as a DJ at the Seventh Street Truck Park, an indoor food truck and bar featuring live music and dancing, says there are normally warning signs when the mood of a party is about to shift.

But that wasn’t the case early Sunday morning, he said, when gunshots unexpectedly pierced the air and put a tragic end to the party.

“Everybody was having fun and singing along. Then 12:15 a.m., abrupt, with no arguments or fighting, pop, pop, pop, pop, pop. And everybody hit the ground,” Parker told CNN. “I had to reach up and shut the music off while they were still shooting. I thought the music would add to the chaos.”

Parker, who works at the Truck Park every Saturday, said he hit the ground and covered his eyes. The next time he opened them, he saw injured bodies all around him.

“When I got up I could see four or five people lying on the floor and they had been shot,” he said. “I can’t play records in that room again. I won’t do that. I can’t do that. I wouldn’t feel comfortable having fun there again.”