GM: Switching to electric will help double our sales 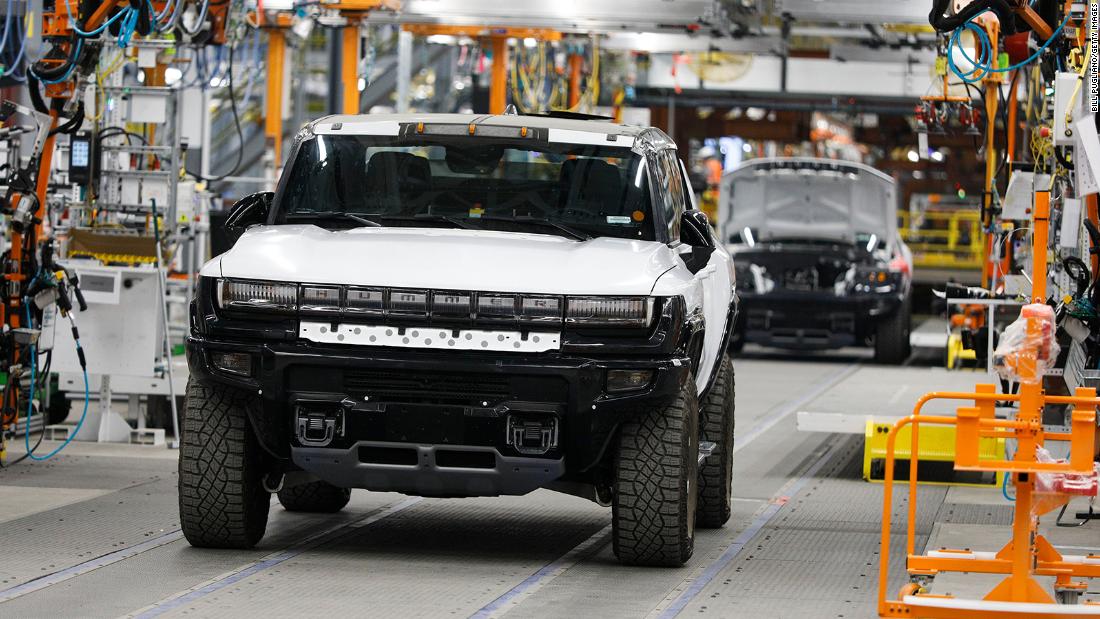 GM announced Wednesday that it forecasts doubling global revenue by the end of the decade and improving its profit margin as it does so. Company executives are set to lay out specifics of their plans at a two-day investor program beginning Wednesday.

Doubling revenue would mean adding more than $100 billion in annual sales. The company reported global revenue of $122.5 billion last year, despite the hit to sales from the Covid pandemic, and $137.2 billion in 2019.

GM said it will accomplish this not just by selling more cars, but by moving into new markets, including auto insurance, defense contracting, as well as autonomous vehicle ride-hailing and delivery services. Earlier this week Bloomberg reported that the automaker forecasts it could quickly reach annual revenue of $50 billion from its Robo taxi unit once it starts selling rides.

Car buyers are also looking for new, more expensive options, including assisted driving and enhanced safety features. GM plans to unveil details Wednesday of what it is dubbing Ultra Cruise, the next step in its hands-free, driver-assist technology that will be offered to start in 2023.

But much of sales and profit projections are based on its commitment to electric vehicles. Consumer demand for EVs is growing, and electric vehicles can be cheaper to build than traditional gas-powered cars because they have fewer moving parts.

GM had previously announced plans to invest $35 billion through 2025 in all-electric and autonomous vehicles and launch more than 30 new EVs globally. The automaker also said its goal is to sell only zero-emission vehicles by 2035.

Another of the company’s goals is to become the leader in US EV sales, though its statement ahead of the investor’s meeting did not give a target. Currently, GM is the leader in overall US auto sales, but it badly trails Tesla in domestic EV sales. GM sold only 25,000 Chevrolet Bolts, its only US EV, in the first nine months of the year.

Tesla (TSLA), which doesn’t break down its sales by region, has sold 627,000 EVs globally year-to-date and has its own aggressive target of 50% annual growth.

But GM has a number of high-profile EVs already announced, including an electric GMC Hummer pickup due out later this year, the Cadillac Lyric EV, and an EV version of the Chevrolet Silverado, both due next year.