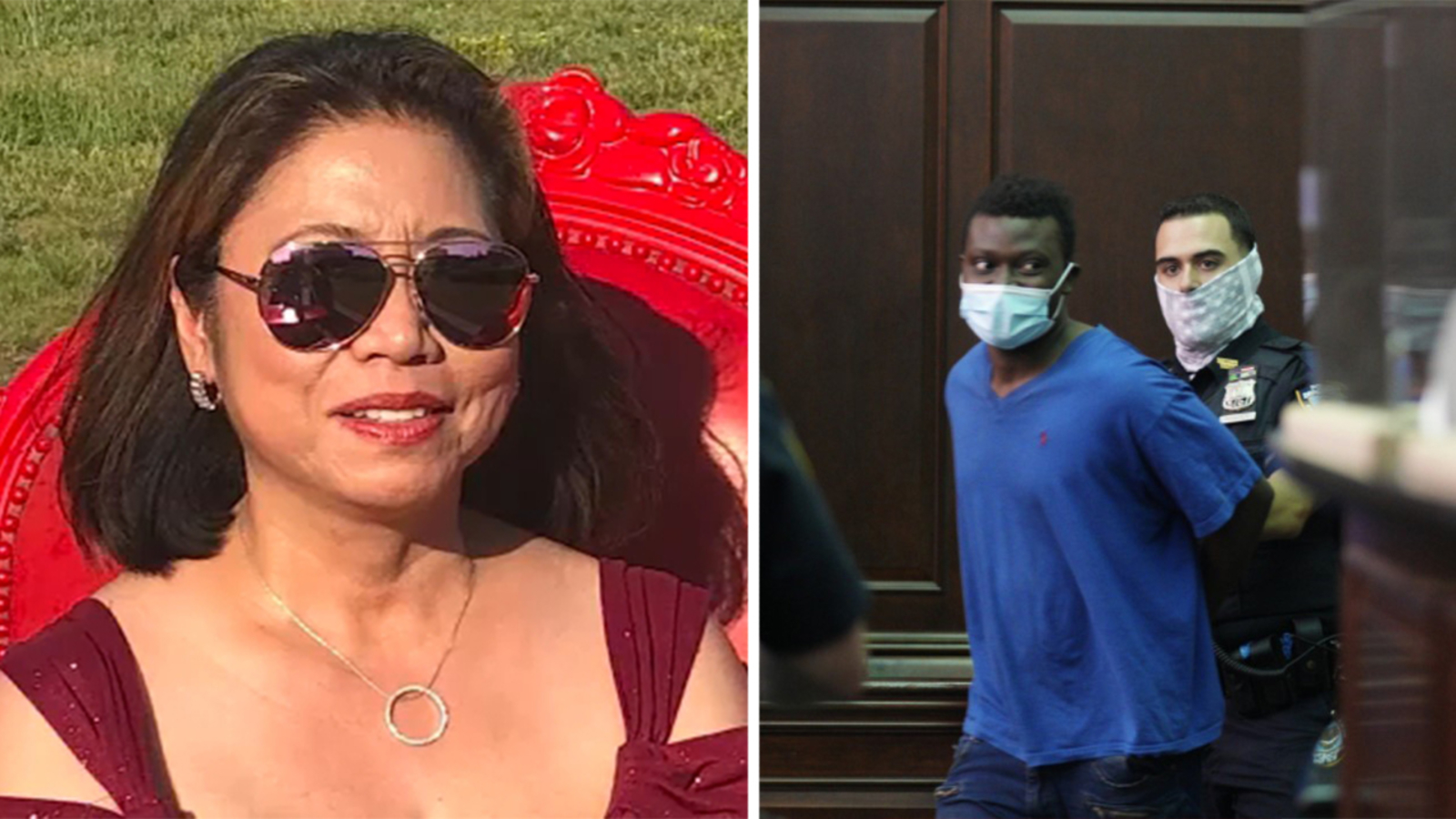 TIMES SQUARE, Manhattan (WAC) — A woman from New Jersey has died after being attacked in New York City by a mugger, who’s now facing a murder charge.

Jermaine Foster, 26, was charged with murder in the second degree after he was arraigned in court Sunday following the death of a 58-year-old woman from Bayonne.

Foster was initially charged with robbery and assault after he stole a cell phone and knocked down the woman in Times Square on Friday, but those charges were upgraded after the woman died in the hospital Saturday.

She was the light of the family and now Maria Ambrosia’s family is stunned they were by her hospital bedside.

For more than 24 hours, the 58-year-old nurse fought hard for her life, but the odds were not on her side.

Cruz can’t make sense of it.

Cruz was there when it happened – the lifelong friends, both nurses, were in Times Square after lunch on Friday when police say Foster, who had just stolen a cellphone, knocked down Ambrosia. She went down hard.

“I heard a big thud, I said ‘MG’ and when I looked down I saw her crying,” Cruz said.

She never woke up again.

Ambrosia’s family is having an unimaginably tough time saying goodbye to such a strong, inspirational woman, but they want the man who caused all of this to pay.

The Philippine Consulate General of New York released a statement calling for more police protection for the Asian community and mental health resources for the homeless.

Local leaders are asking why Foster – who police say is homeless – was on the streets in the first place and not getting the help he needed.

“The tragic death of Maria Ambrosia is the failure of our entire public safety Eco-system, including failure to identify dangerous people and get them off the street and into facilities,” Adams said.

“Crime has been rampant in this City,” Curtis Slipway said. “Why are the mentally ill on the streets? They need care.”

Foster was arrested Friday for two separate incidents – stealing the cellphone and breaking into an apartment.

He’s due back in court on Thursday.

The family wants Foster behind bars for the lifelong pain he has caused for taking such a precious life.

The Philippine Consulate says they will be holding a memorial mass for Ambrosia at St. Francis Church on West 31st Street at 1:30 p.m. on Monday.