To be the best, Dallas Cowboys QB Dak Prescott must outduel Patrick Mahomes on Sunday 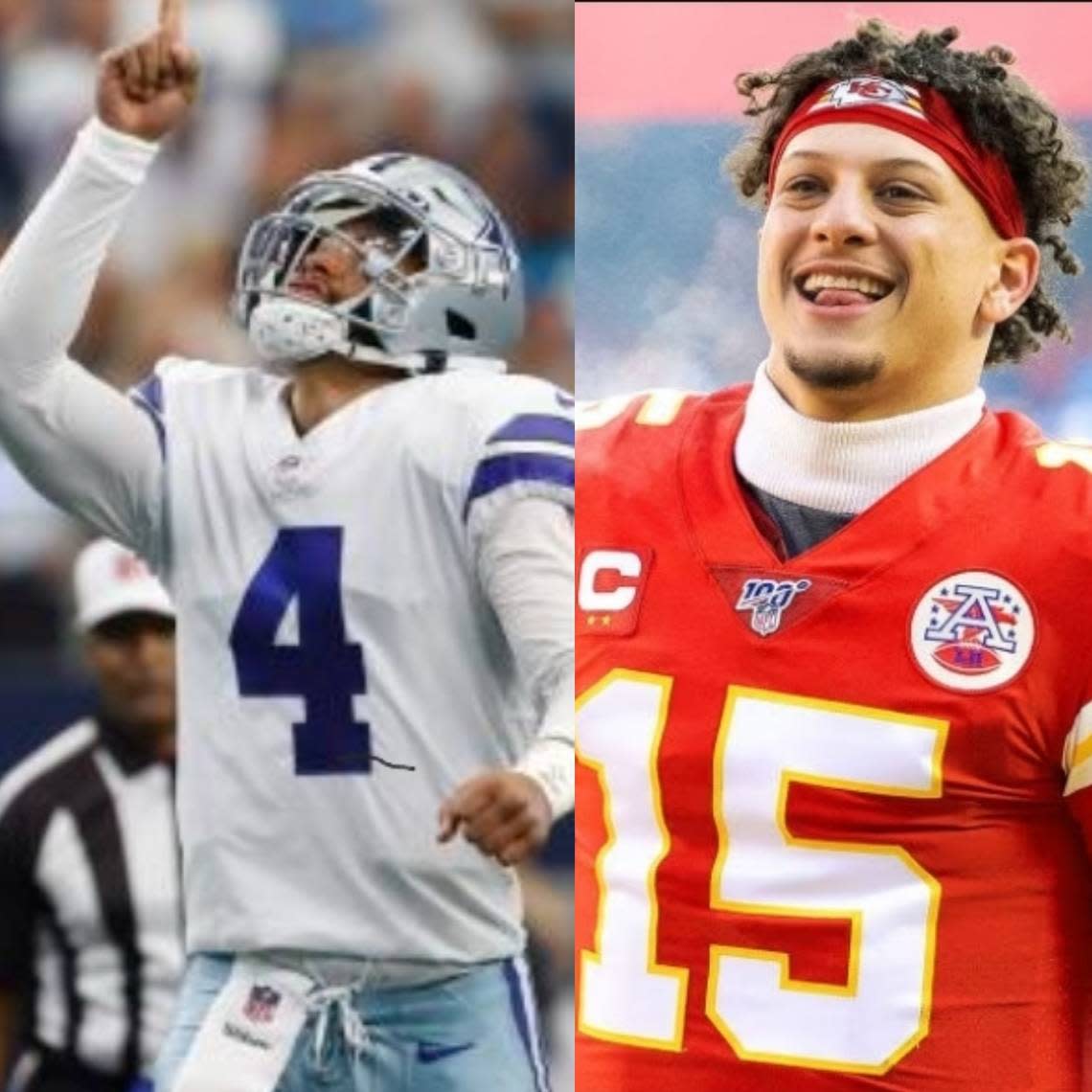 The comparisons were inevitable as soon as Dak Prescott signed a four-year, $160 million contract with the Dallas Cowboys last March.

Could the quarterback of America’s Team become the same type of franchise player as Mahomes, a Texas boy from Whitehouse and Texas Tech who has developed into a superstar?

What has Prescott done on the field to deserve Mahomes money?

Mahomes received a 10-year, $450 million extension in July 2020 with two years left on his rookie deal but Prescott is making $75 million in 2021 compared to $22.8 million in total cash for Mahomes, as the bulk of his deal doesn’t kick in until next season.

Doesn’t Prescott have to be a difference-maker like Mahomes, who has been named NFL MVP, and made two trips to the Super Bowl, including the title in 2019 and the Super Bowl MVP award?

That might come in due time. Maybe as soon as this season.

Prescott is certainly living up to his end of the bargain as he has played as well as any quarterback in the NFL while outplaying Mahomes in leading the high-flying Cowboys to a 7-2 mark.

Prescott leads the league in quarterback rating (110.0) and is second in completion percentage (70.3) while leading the league’s No. 1 offense in terms of yards and scoring, former staples of the Mahomes-led Chiefs.

Now the question is whether he can outduel Mahomes when it counts on the field Sunday at Arrowhead Stadium where the Cowboys will take on a resurgent Chiefs team.

Mahomes has the Chiefs (6-4) back in first place in the AFC West after passing for 405 yards and five touchdowns against the Las Vegas Raiders on Sunday night.

He leads the NFL in passing yards with 2,940. He is second in touchdown passes with 25 but he also has 10 interceptions.

Prescott has 20 touchdowns to just five interceptions while playing in two fewer games.

This is the showdown everyone wanted and anticipated at the start of the season with Prescott healthy again after missing the final 11 games of 2020 with a fractured ankle.

While Mahomes was sensational last season, passing for 38 touchdowns and only six interceptions in leading the Chiefs to another trip to the Super Bowl before succumbing to Tom Brady and the Tampa Bay Buccaneers, don’t forget that it was Prescott who was on pace to shatter the NFL record for passing yards in a season after five games before the injury.

Prescott has simply been better than ever in his return in 2021.

Mahomes was admittedly not at his best as the Chiefs stumbled to a 3-3 start this season. He was plagued by turnovers and trying to do too much to make up for a suspect defense.

But there is no question his status and pedigree as already being an all-time great.

“He’s definitely up there. Just look at his numbers,” said a gushing Cowboys coach Mike McCarthy. “Yeah, he’s definitely in that league. Ain’t no doubt about it.”

McCarthy has coached Hall of Famers in Joe Montana and Brett Favre as well as future Hall of Famer Aaron Rodgers. He knows what greatness looks like.

But when it came time to add Prescott to the conversation, McCarthy balked, likely because those guys already have Super Bowl rings and MVP awards on their mantle.

“I mean, I love Dak Prescott and the way he’s playing,” McCarthy said. “I don’t think it’s fair to compare great quarterbacks. But what’s exciting about Dak is he’s continuing to grow too. He’s got a lot of great football in front of him. But we just got to build off what he’s doing.”

McCarthy can be magnanimous and cautious. Prescott and the Cowboys are trying to build something.

But former Cowboys receiver Michael Irvin doesn’t have to be.

He suggested to the world on ESPN in October that Prescott was not only playing better than Mahomes but also was the closest thing to Brady in the NFL because of his ability to make all the throws as well as his leadership.

Prescott has been better than Mahomes this season; there is little dispute about that.

But to be the best you have to beat the best.