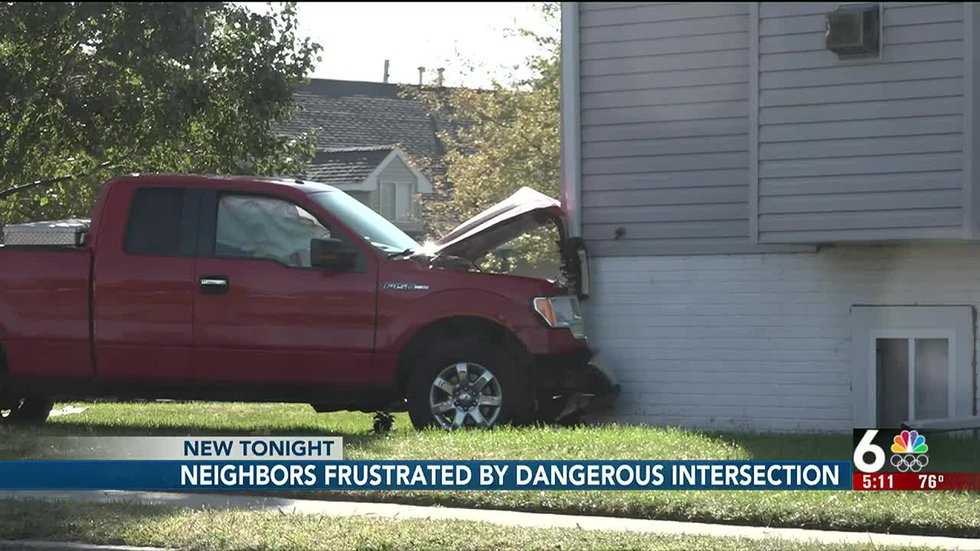 OMAHA, Neb. (WOWT) – An Omaha woman’s claim of a potentially dangerous intersection has been backed up by a recent study done by city traffic engineers.

Annette Bland has lived on the corner of 20th and Grace streets for two decades.

Tuesday morning, an accident in the intersection, where a car failed to stop at the stop sign according to Omaha police, led to both cars crashing into her home.

“I was preparing myself to get into the shower and I heard a big crash and the house, the whole house shook, and so I said, ‘girl what in the world is that?’ and my daughter said ‘I think somebody hit the house again.’”

This is nothing new to her, either.

“There is an accident on this corner at least once every three months. At least,” says Bland.

The homeowner says there are constantly crashes & speeding at that corner. After digging, it turns out that data from Omaha’s traffic engineering office backs up her claim! @WOWT6News @ 6:30! pic.twitter.com/PSUisnGbbd

Burnice Conway, Bland’s neighbor, says seeing the crash when she woke up was nothing shocking.

Bland says her home has been hit by cars before this, too. She says it’s been about a year since it last happened.

But as recently as this summer, both women say they’ve had cars end up in their front yards.

“I mean it makes you feel like you want to move.,” Conway says. “You want to stay and have somebody put in some speedbumps and lower the speed limit.”

Conway and Bland say between people running the stop signs, blind spots, and the constant speeding, something needs to change.

“We need speedbumps, the street over, to the east of us, they have speedbumps, why can’t we have speedbumps? It’s desperately needed, we as residents deserve it because we want our children to be safe,” Bland says.

Information from Riesselman shows that on average, 20th street has 2,250 cars per day, and Grace street has less than 600. For these numbers, Riesselman says the crash rate is higher than other similar intersections where a major road connects with a local one.

Numbers show that there were spikes in crashes in both 2018 and 2020. So far in 2021, the only reported crash so far was Tuesday mornings.

Gieselman says there’s no active petition in the area to begin the process of a potential speed adjustment in that area, but says that residents who are interested should contact the Public works office to get started.

More information on traffic and speed adjustments through the traffic engineering office can be found on their website.