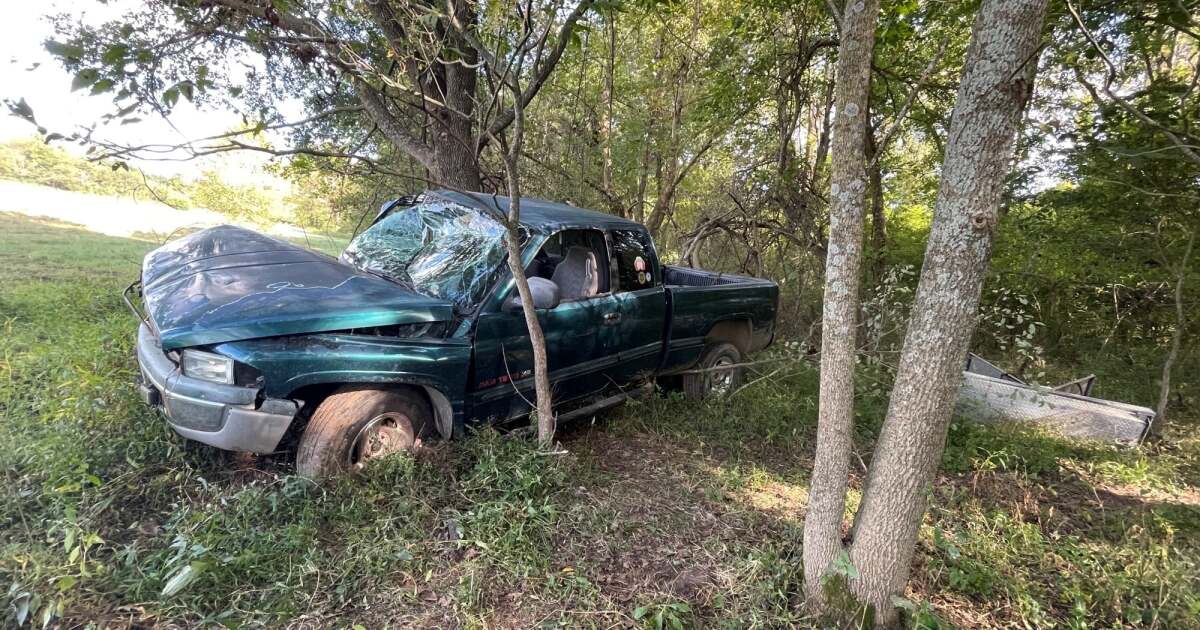 WAGONER COUNTY, Okla. — A Wagoner County man is safe after a crash Saturday night left him pinned in his truck for 14 hours.

The Wagoner County Sheriff’s Office said deputies started looking for the man after his daughter reported him missing Saturday afternoon. She told deputies that her father left home for a store at 8:30 p.m. on Saturday and didn’t come back, prompting her to report him missing shortly after 1 p.m. on Monday.

Deputies said they determined the man could be in an “endangered state,” and worked with Oklahoma Highway Patrol to eventually find him crashed into a tree near Highway 51 B and East 171st Street. A deputy used binoculars to catch a glimpse of the crashed truck that investigators say was involved in a single-car collision to end up far off the roadway.

The deputy and a trooper freed the man from the pickup truck where he’d been stuck for about 14 hours.

“His tenacity and expert abilities saved a life today. I’m also very happy how the Wagoner County Sheriff’s Office is quick to partner with other law enforcement agencies to serve the public.”