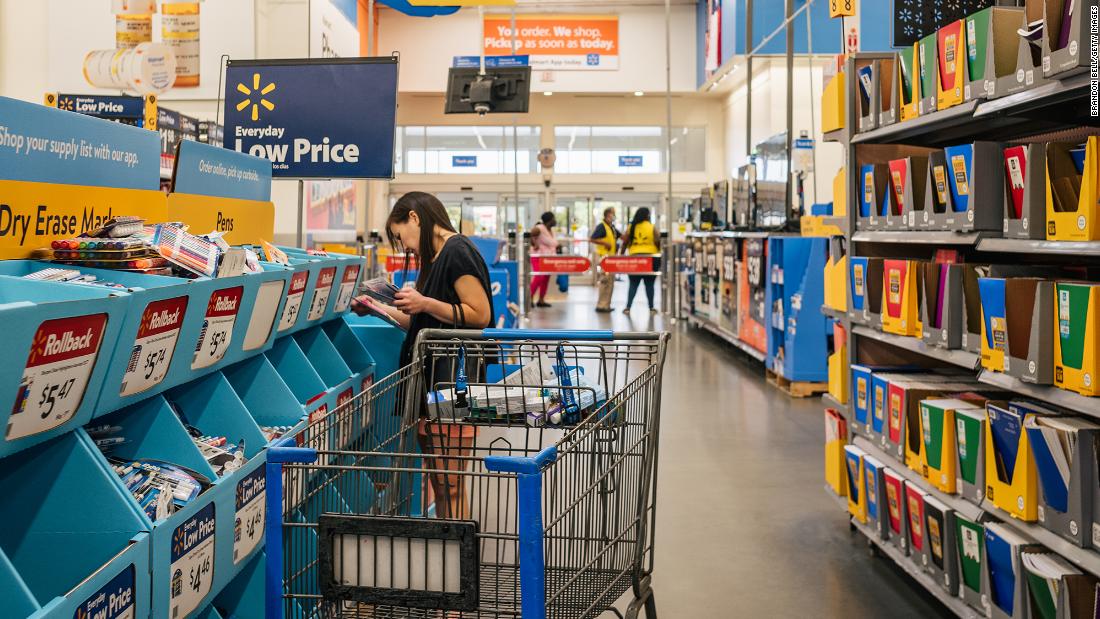 America’s largest retailer and a bellwether of consumer spending reported strong sales growth during its most recent quarter. The company also raised its annual sales and profit growth, a signal that it’s expecting a strong holiday shopping stretch.

Walmart (WMT) on Tuesday said sales at US stores open for at least one year increased 9.2% during the three months ending October 31 compared with the same period a year ago. The company raised its full-year sales guidance, expecting sales to come in above 6% for the year.

Walmart’s stock was down slightly during early trading Tuesday.

Despite supply chain snarls and rising prices, Americans are still spending heading into the holidays.

Walmart’s sales were aided last quarter by government stimulus payments to consumers and higher prices on items such as groceries, chief financial officer Brett Biggs said on a call with analysts.

On Tuesday, the Commerce Department said that retail sales rose 1.7% in October, beating economists’ expectations and jumping sharply from September.

Walmart has used its enormous size and clout to navigate supply chain and inflationary pressures.

Several large retail chains, including Walmart, have chartered their own ships to deliver goods from Asia, stocked up on extra merchandise and relied on their deep pockets and broad supplier bases to adjust to supply constraints. Those options are too expensive and inaccessible for most small shops, which typically have less financial flexibility to absorb higher costs and keep prices down for customers than large competitors.

“We’ve got so many suppliers to choose from,” CEO Doug McMillon said on the call, adding that Walmart has “lots of flexibility” on setting prices for items such as clothing and groceries.

Although many stores are struggling to get products, Walmart’s inventory levels increased 11.5% last quarter from with the year prior as the company stocked up in anticipation of the holiday stretch.

“The company’s inventory levels appear to be in good shape ahead of the all-important holiday,” Chuck Grom, an analyst at Gordon Haskett Research Advisors, said in a note to clients.

Analysts also expect higher levels of inflation to benefit discount chains such as Walmart as customers increasingly look for ways to save money on food, gas and other goods.