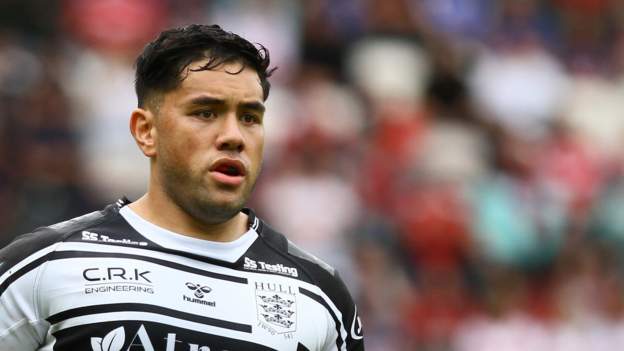 Hull FC forward Andre Savelio has signed a new two-year deal to remain with the Super League club until the end of the 2023 season.

The 26-year-old joined the Black and Whites on a three-year deal in 2019 having joined the club from Brisbane.

Savelio helped Hull FC to the 2020 Super League play-offs and an eighth-placed finish earlier this season.

“Since I arrived, I’ve been made to feel very welcome by everyone at the club,” Savelio told their website.

“We have made a Challenge Cup semi-final and a play-off semi-final in my time here so far, but I feel like we still have a lot more to give.

“So I’m looking forward to knuckling down and going again next year.”