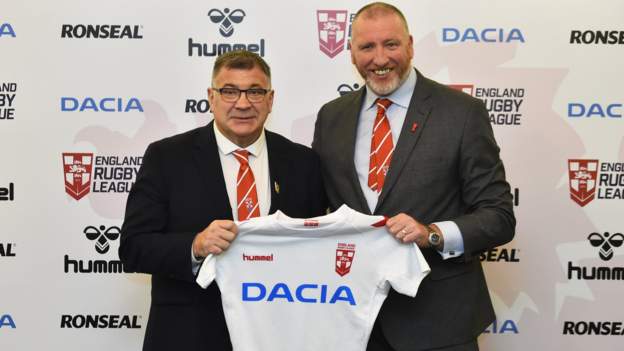 The rugby league in England is in danger of becoming a laughing stock.

It’s a World Cup year. The sport is set to get its biggest profile and attract more eyeballs than it’s had for a long, long time when that tournament kicks off in England in October.

A successful England side would generate a whole heap of interest and enthusiasm that could well lead to more fans being drawn into watching the game, more sponsors being attracted to the product and more youngsters being tempted to play.

It’s vital, you’d think, that England and their new coach Shaun Wane are given every chance to prepare as best they can for what could be a huge turning point for a code that consistently fails to hit the headlines.

But this is rugby league.

It has a soul-destroying habit of being run by self-interest and small-mindedness that fails to see the bigger picture on a staggeringly consistent basis. And the central governance – the Rugby Football League – lacks the strength to ride roughshod over that parochialism.

When England play the Combined All-Stars – in theory, the best non-English players in Super League – on Friday, it will be against a backdrop of petty pouting and posturing by club officials that even threatened to put the match in doubt at one stage as they stubbornly refused to release players to take part.

Those clubs are griping about releasing players for the international game. They are effectively saying that mid-season Super League games – that are astonishingly being played on either the night before or on the same night – are much more important than long-term international success.

Yet it’s those same clubs who chose to design a fixture list that allowed those domestic matches to be played this weekend in the first place when they knew full well that the England game had already been arranged.

The clubs chose to let that happen, and now some of them are complaining that it’s happening!

And an impotent RFL failed to protect the wider interests of the game because there was nothing they could do to stop the Super League clubs from organizing the domestic fixture list in that way.

Friday will bring Wane’s first game as England coach, having been denied a crack at Australia last autumn because of Covid.

This match against the All-Stars was not only pencilled in but it was also inked into this year’s calendar and underlined several times as being a vital moment in the World Cup preparation, well before the Super League clubs decided to create a hectic domestic calendar that included a full round of fixtures on this same weekend.

There’s only one other game for England between now and the opening World Cup fixture against Samoa on 23 October in Newcastle – a friendly against Fiji just over a week before the tournament begins.

This game on Friday was also always going to take place without a handful of English players who are currently playing in Australia’s National Rugby League. The Aussie clubs were never going to release them, even in a non-Covid world.

Even more reason, you’d think, for the Super League clubs to circle the wagons around England’s best interests and ensure nothing else could spoil the national side’s chances of success and the potential huge growth in interest in the sport as a result.

A successful national side does more to raise the profile of the sport than any club, or collection of clubs can achieve.

Rugby league is being left behind in the backwaters of national popularity. It will struggle to paddle its way out of obscurity when local interests are placed above national concerns.