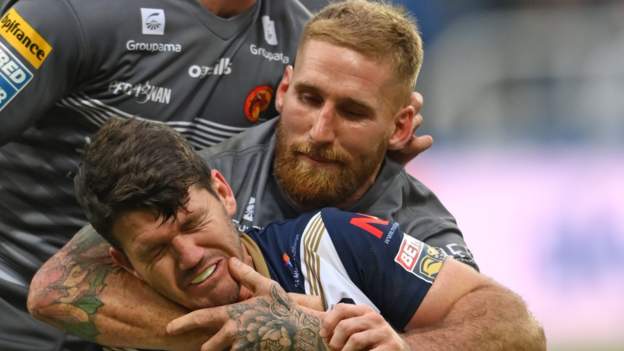 Saturday’s Super League Grand Final between St Helens and Catalans Dragons at Old Trafford will throw up some intriguing battles all over the field.

We asked BBC Sport readers to select their best combined XIII from both Saints and Les Dracs – the top two sides in the regular season table – ahead of the season-ending showpiece event.

But who got your vote in each position?

In the battle at full-back, Steve Prescott Man of Steel winner Sam Tomkins got the nod, with the Catalans man yielding more than double the amount of votes of his Saints counterpart Lachlan Coote.

In the halves, St Helens’ Jonny Lomax was chosen at stand-off, partnered by Dragons’ James Maloney at half-back, while Saints duo Mark Percival and Kevin Naiqama make up the centre pairing.

Meanwhile, you put Tommy Makinson and Regan Grace on the wings, with the Saints pair dominating the voting over Catalans’ Tom Davies and Fouad Yaha.

Up front, props Alex Walmsley and Sam Kasiano have both had sensational seasons for Saints and the Dragons respectively, with Walmsley appearing in 83% of the teams selected – the most of any player – and Kasiano in 46% to take his place on the other side of the front row. 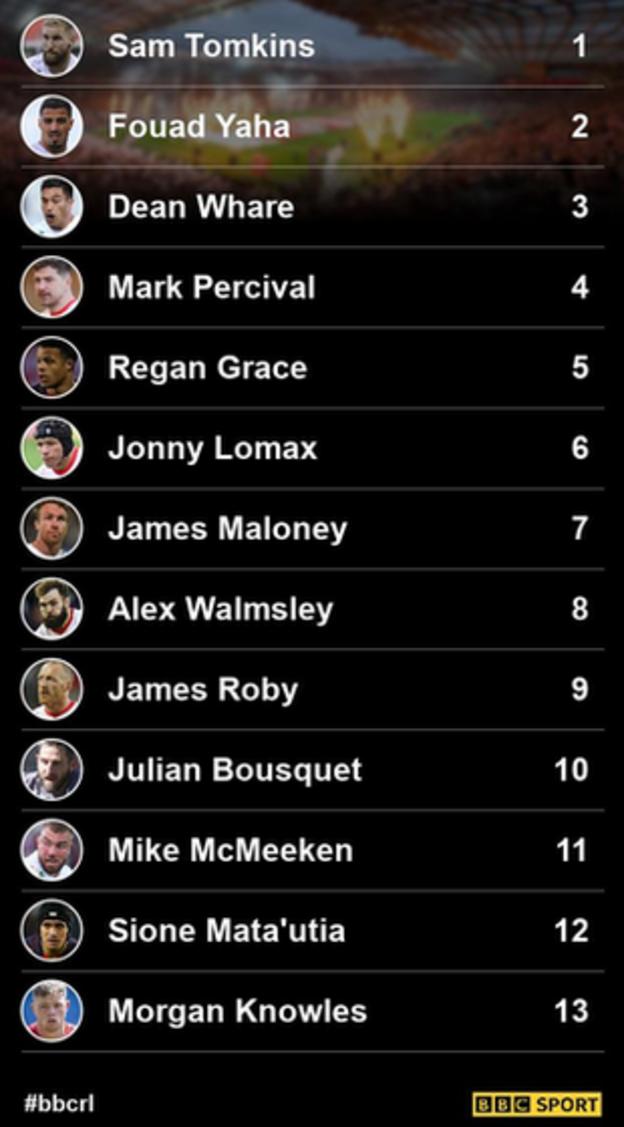 This is how the BBC’s rugby league correspondent Dave Woods has selected his line-up, with Catalans centre Dean Whare and winger Fouad Yaha forcing their way into his team.

Meanwhile, Julien Bousquet gets selected at prop ahead of your choice of Sam Kasiano.

Still feel like having a go? Pick your team using the selector below