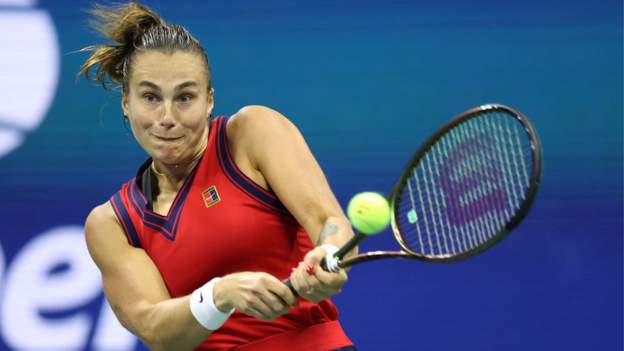 World number two Aryna Sabalenka has been ruled out of the Indian Wells Masters after testing positive for Covid-19.

Sabalenka, 23, was the top seed in the women’s draw at the tournament after world number one Ash Barty pulled out.

Britain’s US Open champion Emma Raducanu has been given a wildcard into the main draw of the WTA 1000 event.

“I’ve started my isolation and I’ll be staying here until I am cleared by the doctors. So far I am ok but really sad to not be able to play this year.”

The tournament, one of the biggest outside of the four Grand Slams, takes place in California from 4-17 October.

Men’s world number one Novak Djokovic, 2018 champion Naomi Osaka and 23-time Grand Slam champion Serena Williams are among others also not competing in the event.