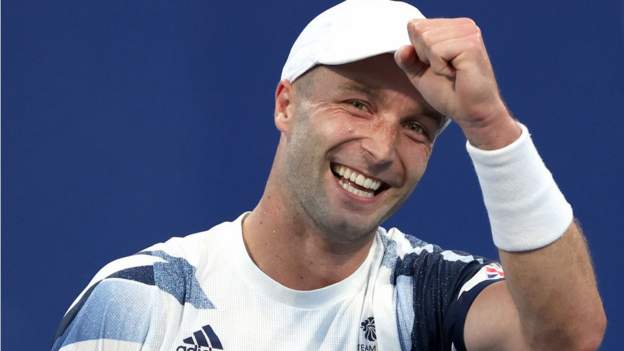 Great Britain have named Liam Broady as the final member of their five-man squad for the Davis Cup Finals.

Broady, 27, has had his most successful season this year, winning a maiden ATP Challenger singles title and climbing to a career-high ranking of 121.

“I’m really proud of the year I’ve had,” Broady said.

Broady, who made his Davis Cup debut in 2018, also represented Great Britain at this summer’s Tokyo Olympics, where he reached the third round.

“It’s been an incredible journey when I reflect on the last three years from my first Davis Cup selection at the start of 2018,” he said.

“So much has happened having to rebuild my ranking from about 350 in the world.

“It’s always been a privilege and honour to represent my country again, whether that’s Davis Cup or the Olympics. I really couldn’t ask for anything more and couldn’t think at the start of this year that I would have had these amazing opportunities.”

The Davis Cup Finals, which feature 18 nations and are being hosted by Madid, Innsbruck and Turin, begin on 25 November, with the final on 5 December.

Great Britain play their group matches in Innsbruck against France on 27 November and the Czech Republic on 28 November.