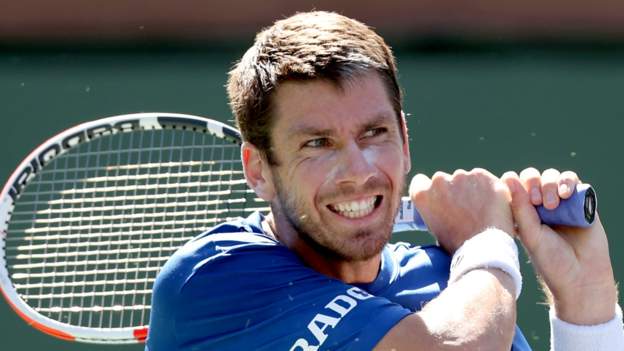 Being in ATP Finals contention is “huge”, says Cameron Norrie after he won the prestigious Indian Wells title.

And his rise to 16th in the men’s world rankings gives him a chance of taking up one of the eight slots in Turin next month.

“Even just to be in the conversation this late in the year is huge for me,” he told BBC Scotland’s The Nine.

“It’s one of my favorite parts of the year; the indoors, the end of the year. There’s still a lot of tennis to be played. I’ve still got a lot of work to do and a lot to improve on so it’s exciting.”

Norrie has a Scottish father and the new British number one says three-time Grand Slam winner Andy Murray has been a “fantastic” support.

“He’s always got some wonderful things to tell me,” Norrie said of the Scot.

“He’s such a legend of the game, not only in Scotland but throughout the world of tennis. To pick his brain from time to time is just invaluable.”