Edmund to miss Battle of the Brits 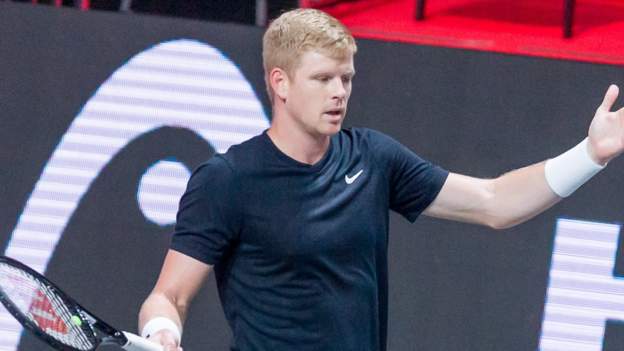 Former British number one Kyle Edmund will miss next month’s Battle of the Brits event in Scotland because of continuing issues with his left knee.

Edmund has not played a match since October 2020 having first experienced issues during the 2018 season.

The 26-year-old had surgery in March and was back hitting in early summer but he has not so far been able to return to competitive tennis.

However he still hopes to be fit for January’s Australian Open in Melbourne.

His place in the event, organised by Jamie Murray for 21 and 22 December in Aberdeen, will now be taken by Jack Draper.

A statement from organisers read: “Edmund has been forced to withdraw from the event because of a slower-than-expected recovery from the left knee injury which has kept him off the court for the last 13 months.”

Edmund reached the Australian Open semi-finals in January 2018 and victory in the European Open saw him reach a career-high ranking of 14.

But since winning a second ATP title in New York in February 2020, he has struggled and is now ranked 122 in the world.