Indian Wells Masters: Kim Clijsters knocked out in first round 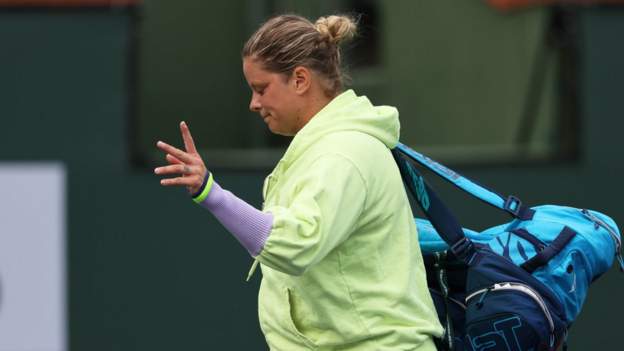 Former world number one Kim Clijsters said she knew her return to tennis would not be “a smooth ride” after losing in the first round of the Indian Wells Masters.

Clijsters returned to action in February 2020 after retiring – for a second time – in 2012. But her comeback was curtailed by injury in October 2020.

“Last week in Chicago I started off well but had a few games where I really wasn’t into the match,” she said.

“I fought my way into the match well in that second set, and I kind of put her under pressure a little bit better. Overall there’s definitely moments where I’m feeling really good out there, and there’s moments where I feel too inconsistent,” Clijsters said.

“That’s part of this process in general, it’s not going to be a smooth ride and that’s what I’m going to try to improve every time I’m out there.”