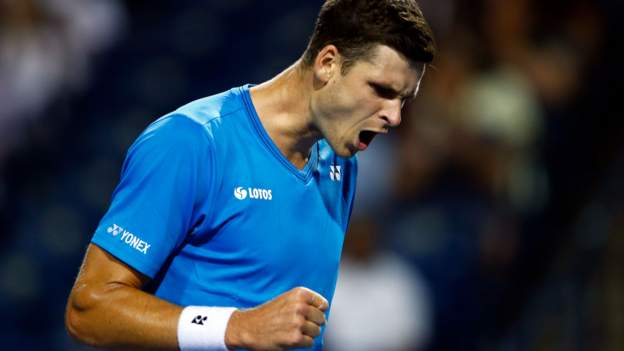 It is his first indoor title and his first outside the United States.

Hurkacz, who defeated Britain’s former world number one Andy Murray in the quarter-finals, did not drop a set throughout the tournament.

And Britain’s Liam Broady won his first ATP Challenger title with a 7-5 6-3 victory over Swiss Marc-Andrea Husler in Biel, Switzerland.