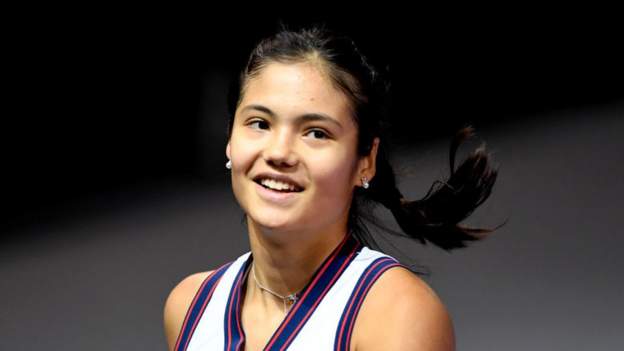 US Open champion Emma Raducanu will end her season with an exhibition match against Elena-Gabriela Ruse in front of home fans in London later this month.

The 19-year-old, who also made the last 16 at Wimbledon, will play the 24-year-old Romanian at the Champions Tennis event at the Royal Albert Hall.

The pair practised together at last month’s Transylvanian Open.

British number one Raducanu heads to the event with new coach Torben Beltz, whom she appointed last week.

The Champions Tennis event runs from 25 to 28 November.

It will be the first time Raducanu has played in the UK since September’s dream run in New York, where she became the first qualifier to win a Grand Slam.