Rafael Nadal: ‘I don’t know when I will play again’ 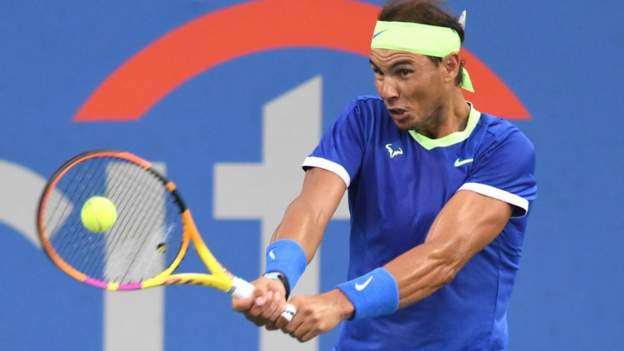 Rafael Nodal says he does not know when he will play tennis again as he aims to recover from a recurring foot injury.

The Spaniard, 35, last played in August at the Ci-ti Open in Washington and, prior to the US Open, announced that the injury to his left foot would rule him out for the rest of the year.

Nadal struggled with back problems at the start of the year and then withdrew from Wimbledon and the Tokyo Olympics.

“I don’t know when I will play again,” said Nadal, winner of 20 major titles.

“There are always things that I can’t control 100%, but inside my head I’m clear on what my objectives are and I trust that things will follow a positive course.”