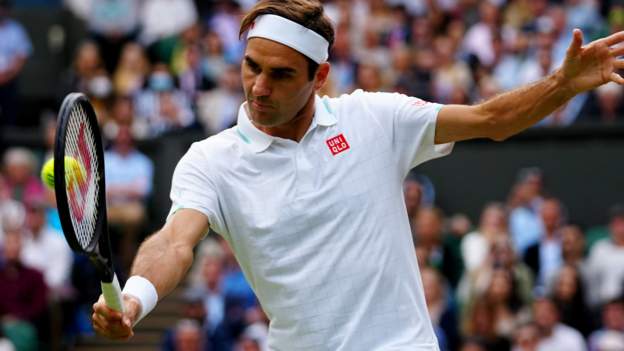 Roger Federer says he is not rushing his return to the court but is “feeling good” after knee surgery.

The 40-year-old Swiss had two knee operations in 2020 and then further surgery after this year’s Wimbledon.

Federer, a winner of 20 Grand Slams, spoke about his recovery at the Laver Cup in Boston on Saturday and received huge applause from the crowd.

“I’ve got to first walk again properly, run properly and then do the sidesteps and all the agility work,” he said.

“And then eventually I’ve got to be back on the tennis court. But it’s going to take me a few more months and then we’ll see how things are at some point next year. I’ve got to take my time. I don’t want to rush into anything at this point.

“This is also for my life. I want to make sure I can do everything I want to do later on. There’s no rush with anything, so I’m actually in a really good place. I think the worst is behind me. I’m really happy.”

Federer said in August that his latest knee surgery would give him “a glimmer of hope” to return to action in 2022.

He last played at Wimbledon in July, losing in the quarter-finals to Poland’s Hubert Hurkacz, and said he “was really unhappy with how things went” at SW19.

Federer added: “I was just nowhere near where I wanted to be to play at the top, top level. But I tried my best and in the end, at some point, too much is too much. Now I’ve just got to take it to step by step.”