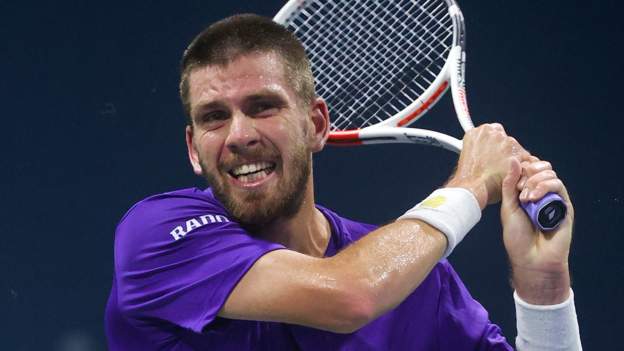 Britain’s Cameron Norrie beat Canada’s Denis Shapovalov for the second time this year to reach the semi-finals of the San Diego Open.

The 26-year-old took control late in the first set with some high-quality play which left the fourth seed reeling.

He will face either Russian top seed Andrey Rublev or Diego Schwartzman of Argentina in the last four.

Norrie had beaten compatriot Dan Evans to reach the last eight and kept his composure against Shapovalov.

From 3-3 in the opening set, he rattled off three games in a row, breaking his opponent twice.

Norrie continued to put pressure on his opponent in the second set and there was nothing that Shapovalov could do to stop the Briton.

“It was tricky for me to get into my rhythm early on,” said Norrie. “But I was able to hold onto my serve early in the first set and then get some returns when I needed them.”