The incident occurred on March 18 and was subsequently passed on to South Yorkshire Police who launched an investigation; officers in Staffordshire then spoke to a 14-year-old boy who accepted full responsibility for abusing Rhian Brewster 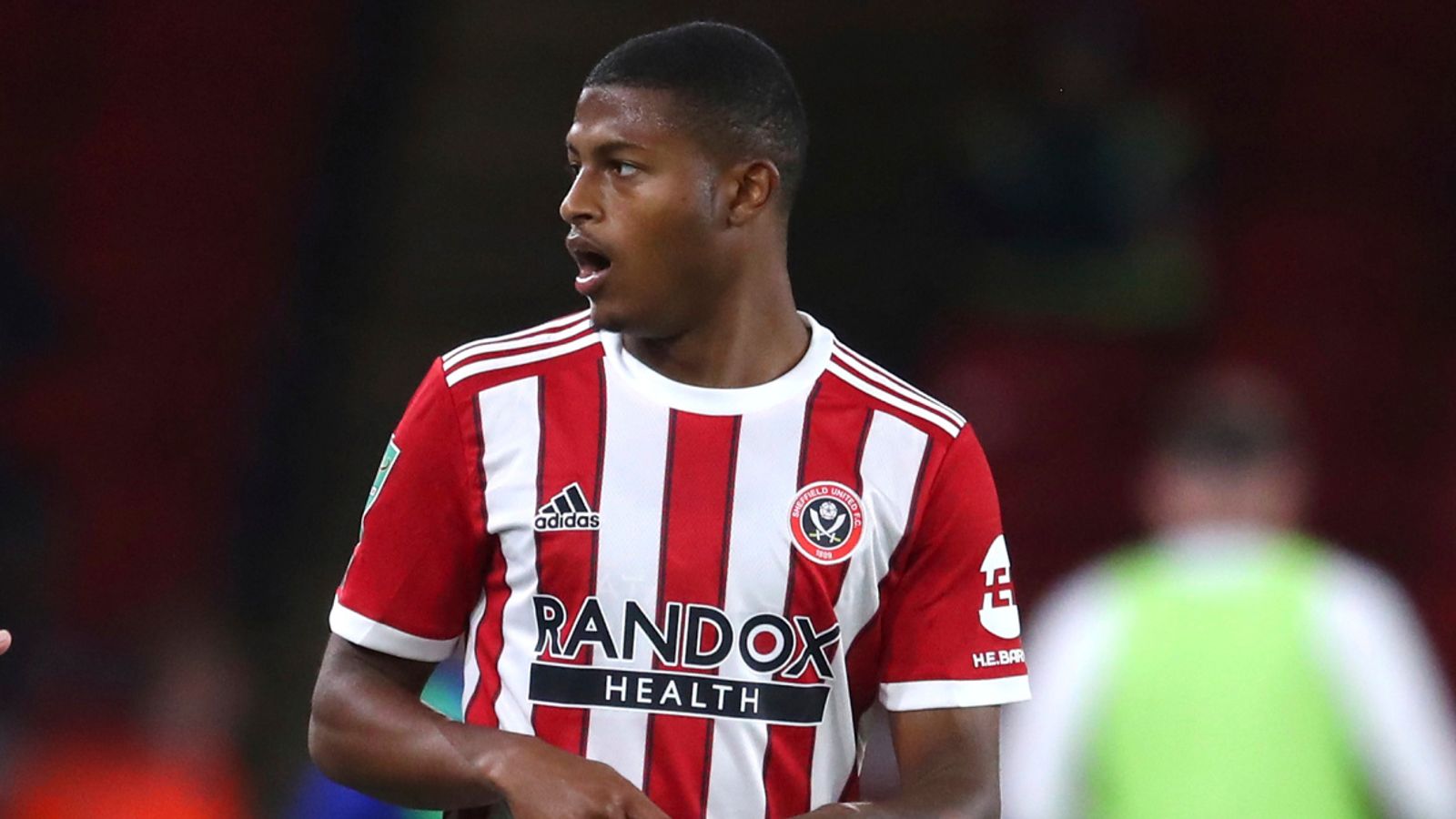 A 14-year-old boy has been referred to Youth Offending Services after racially abusing Sheffield United striker Rhian Brewster on Instagram.

The England U21 international highlighted the racist abuse he received on March 18 and South Yorkshire Police launched an investigation at the time.

Their probe identified individuals outside of their force area and two cases were transferred to Staffordshire Police and West Yorkshire Police.

Officers in Staffordshire spoke to a 14-year-old boy, who accepted responsibility for the abuse.

A spokesman for the force told Sky Sports News: “In June 2021, colleagues from South Yorkshire Police contacted us regarding a report of online racist abuse of a footballer.

“Following enquiries, a 14-year-old boy was located and spoken to by officers.

“He has accepted responsibility and in line with the victim’s wishes, has been referred to Youth Offending Services.”

The Youth Offending Service is run by each local authority in England and Wales and is designed to “put right the harm already done and prevent future offending”.

Sky Sports News has contacted West Yorkshire Police and Instagram for updates on their own investigations.

In March, Instagram said they were unable to take action against the offending users as the abuse had not been reported using their “in-app tools”. The social media company reached out to the striker’s representatives to let them know how to report it officially.

Sky Sports is committed to making skysports.com and our channels on social media platforms a place for comment and debate that is free of abuse, hate and profanity.

If you see a reply to Sky Sports posts and/or content with an expression of hate on the basis of race, colour, gender, nationality, ethnicity, disability, religion, sexuality, age or class please copy the URL to the hateful post or screengrab it and email us here.